a/ In the Web App

Effect of the change in the mix in input.

The mix effect is the impact on your performance that is coming from an evolution of the distribution of your population in input. If you have more people in input with a better conversion rate, you will have a positive mix effect due to the type of client coming into your store or your website.

This graph represents the sum of the Mix impact of each dimension at each step of your funnel. The red circle represents the gap your are trying to understand at this step of the funnel.

b/ Model of Mix effet

Impact of the evolution of the volume breakdown in input.

e.g. If you are selling several products, and if the share of an individual product in the portfolio changes there will be a mix effect. 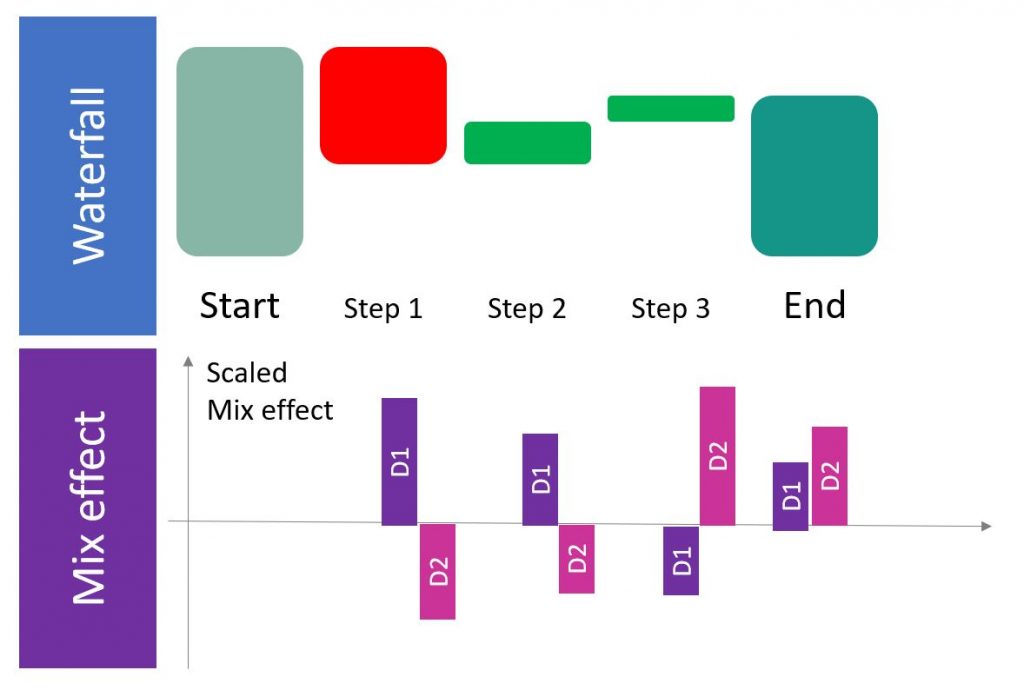 c/ Example in a eCommerce

For instance, say mobile users generally convert much lower than desktop users (which is often the case). If last week you had much more desktop users than this week, then the conversion this week will be mathematically lower, just because of that change in device mix.

Well, what DataMa Mix effect analysis does is just replicating that logic but for each step of the funnel and for each dimension provided in the data set. As long as those dimensions are not interdependent, you come up with a share of the gap on each step that can be attributed to mix effects on a given dimension.

In another way, Mix effect is the impact due to the change of proportion in entrance.

As in the example below, when your proportion of Purchase between Device change, that automatically change your Average Basket. In 2018 70% of purchase was in average at 35€ when it’s only 50% in 2019.